"Speak Your Mind Even if Your Voice Shakes"

This tribute to her activist mother Millie Watts Wendy Reynolds: On Halloween of my senior year of high school, I turned 18.  About a week later, my mom took me to vote in my first election.  As we approached the school entrance, she whispered to me, "just punch the hole at the top that says straight Republican then you don't have to fill out the whole ballot." 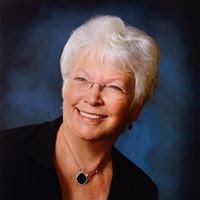 was written by her daughter

A couple of years later, I was sitting at our kitchen table when my older brother said he had something to tell me.  He told me he was gay.  I had been taught my entire life that being gay was a choice and a sin equal to murder and adultery and that gay people would basically burn in hell.  Knowing my brother, I knew immediately that what I had been taught was wrong.  When you learn that something you have been taught is so wrong and so off-base you start to question everything else.

If you know how much my dad hates bumper stickers, you could understand my surprise when shortly after my brother's coming out, my mom slapped a bumper sticker on her car that said "Speak your mind.  Even if your voice shakes--Maggie Kuhn"  This became my mom's mantra.

Speaking your mind about homosexuality in one of the conservative states in the country is not an easy thing to do.  But in her very shaky and tear filled voice, speak her mind she did.  And contrary to popular belief, we soon found out that my brother was not the only gay person in Utah.  He wasn't even the only gay person on our block.

As mom found her voice, she opened our home to others that needed their voice heard in a safe environment.   They would gather at our home, but soon, as word spread, our home was no longer big enough.

Mom became an accidental activist and a voice, albeit shaky, for those that did not have one.  She has encouraged many to find their voice.  She has opened hearts and minds and made the world a much better and safer place.

It's been more than 20 years.  She still speaks her mind.  And yes, her voice still shakes.  And she was just named the Democratic Woman of the Year in Utah County.