We NEED to do Better

We need to do better. Growing up is tough. I was an awkward, insecure teen. I was skinny, flat-chested, and assumed kids were talking about me even when they weren't. But somehow in spite of that, I liked myself and knew that most people liked me too. For the most part, I felt acceptable in my home, my church, in my neighborhood and at school. I endured a few insults here and there, but the truth is that our LGBTQ youth hear more indirect and direct insults in a week, than I have in a lifetime. They will be taught from the moment that they begin to feel that they are different, that who they really are at their core is not acceptable; not acceptable at church, at school, at home, with their friends, and especially not with God. They will be taught that what everyone else takes for granted, that they will someday fall in love and create a family, will not be for them and if they do find that, that they might have to choose between that love and having an eternal family. More than that, they will be taught that even holding someone of the same genders hand might be dangerous and that others might taunt them for it…or worse. They will be taught directly and indirectly that the world is not for them. They will be taught that while others are acceptable just because, they are not acceptable…just because. Because of a random selection, these people are the preferred. These ones are the ones that get to have all of God’s blessings, but it’s ok because you’ll be blessed too, but only if you live your life in a way that makes the rest of society feel better.

We need to do better. We need to do better as parents, as teachers, as church leaders, as friends, as aunts and uncles, brothers and sisters, and neighbors. We need to reach out and embrace all within our reach and then reach even further. We can not sit by and assume that all is well in Zion because young people’s lives depend on us. It is not okay to be anything less than supportive and affirming. It is not okay to say I love you, but…. It’s not ok to say you are welcome in our home, but only if … , and only you and not your partner. It’s not ok to hear slurs directed at our LGBTQ youth and not say something. It’s not ok to find out that 49 LGBT youth were gunned down and do nothing. It’s not ok to find out that yet one more youth took their life and do nothing.

We need to make sure that our homes, our schools, our churches, and our society is one where every child feels like they are acceptable just the way they are. Love really is for everyone and that love has to unconditional and unequivocal. Anything else is not Godlike. I know mothers who were doing all in their power to love as God would have them love and it wasn’t enough to protect their children from feeling like they didn’t belong in this world, so those children chose to leave it. As a society, as a church, as humans, we must do better.
Posted by C.J. at 5:40 AM No comments:

Matters of the Heart: Tammy Maxwell 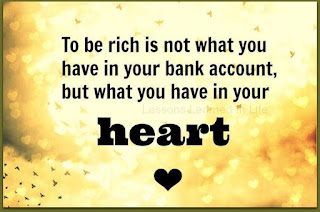 Before fifteen year-old Kayden came out to his parents there were changes in his personality that were so unlike him. He’d always been such a perfect son.“He’s very kind and loving. He’s always been so good with his younger siblings, nieces, nephews and cousins. He loves to play church hymns on the piano. He’s so Christ-like.” But her son had become dark and depressed. There were signs that he might be gay. So one day she sat him down and asked him if he was attracted to girls, at all. “He said no, and just started crying and crying. I just loved him so much. I wanted to put him in a bubble and protect him forever. There was no judgment. There was just love. Seeing the pain in his eyes. Yeah, I just wanted to take that from him. I knew for sure that it wasn’t a choice for him.” 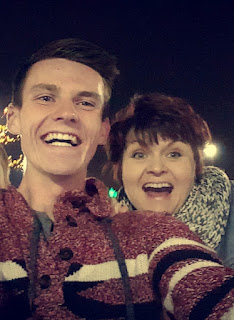 But the night they found out what had been bothering Kayden, Tammy thought she was having a heart attack. Her heart just kept hurting and hurting. Chest pains could mean something very serious, so they finally went to the hospital and after some testing found out that Tammy wasn’t having a heart attack after all, but a severe anxiety attack. Although the literal pain subsided, her heart would continue to ache figuratively as she expanded her love to include many other LGBT youth who would need her love. Tammy’s husband also was not judgmental about his son. From the onset, he’s been nothing, but supportive.

When I sat down with Tammy Maxwell, it was impossible for me not to feel the magnitude of her warm personality and giant heart. I knew she was someone special, someone who was on a mission to make the world a better place for her son Kayden and for all of her now numerous gay friends. I think LGBT people sense in her that same acceptance that she shows her son. If they need a listening ear, she listens. If they need a place to live, she and her husband open up their house. Tammy has always loved the gospel. She’d felt like everything fit like a perfect puzzle. But suddenly she was thrust with a situation which didn’t fit. There was no place in the gospel plan for her wonderful son. There was no place for her new gay friends.

For the first year, Tammy felt very alone as an LDS mother with a gay son, even though her ward was great. Kayden’s bishop assured Kayden that he didn’t choose this, that it was part of who he was. “But at fourteen when everyone’s hormones are out of control. And you tell a young person that they can act on these feelings [not in this life] but in the next life. That just tells them that death is the only thing they can look forward to. That sets them up for suicide. Even single sisters can look forward to marriage as a possibility. The church gives hope to everyone else.” Tammy sought answers and found Affirmation (a support group for LGBT Mormons). When she attended the conference, she met many inspiring people, including Tom Christofferson (Elder Todd Christofferson’s gay brother) who has been a continual support to many in the LDS/LGBT community. It was so spiritual. She felt reassured that we just didn’t have the answers yet, but she never felt that these LGBT kids were bad. She felt stronger than ever that she was needed in the church to help make the changes, but that challenge has been greater than she ever could have imagined. Her heart would be tested again and again.

Becoming a Mama Dragon (Moms who fiercely defend their LGBT children) came easily to Tammy. Being a Mama Dragon sometimes meant dropping everything and attending a funeral of a young man who had committed suicide even though the funeral was four to five hours away and you didn’t know the son or the mother. Sometimes, it meant attending a funeral to support a young LGBT Mormon whose father had just died, but who had said mean things to the son before he passed on. Sometimes it meant meeting other mothers for lunch and sharing your heart with them. Sometimes it means marching in PRIDE parades. When a family member was concerned about her activism and asked her what she was doing because “homosexuality is wrong.” She answered. “I’m doing exactly as our Savior would do.” For Tammy that means that you will continue to give support whenever and wherever you are needed. It means enlarging the bubble she wanted to surround her son with to include so many others who need protection also.

It means speaking up even at the most unlikely of places. Once when Tammy was attending a basketball game, she sat down next to a mother of one of Kayden’s friends. The mother said she hadn’t seen her for a while and asked how she was doing. Tammy said, other than my life being a rainbow, great, then explained that Kayden was gay. Tammy noticed that the reaction from the woman was very negative and the woman said, “That’s a choice.” So Tammy pulled out her phone and brought up the essay

that Kayden had written and had the mother read it right there during the half-time of the game.  .After reading it, the woman had tears in her eyes and said, “I had no idea.”

After the Affirmation conference, Tammy and her husband had an appointment for a calling in the ward. She took the opportunity to share her family’s struggle. She stressed that the ward needed to do a better job of being a safe place for her son to attend church. She was able to address the entire bishopric. “It wasn’t the youth, it was the teachers. It all kept coming back to the evil gays.”  She trained the bishopric and told them about the PR person in the ward who had access to resources and training material. The bishopric got right on it and trained the teachers. “Things had really started to change and then this policy change happened in early November of 2015. And it really deflated everything.  And now at 18, Kayden feels like the church doesn’t want him.” Just days after the talk he gave this powerful talk in church.

But lately the heartache has been hard to bear. “I hurt so badly for Kayden, not because he's broken or deformed or has cancer.  Because I raised this perfect child in a perfect church with the perfect plan.  I had family home evenings every Monday talking about this beautiful plan. I taught him to pray to a Heavenly Father that loved him and a Savior that died for him.  I told him of all the good in the world.
And that there are answers to everything in the scriptures...
Then I see him falling apart before my eyes and I can't understand.  I see him doubt his very existence and wonder why God sent him as such a horrible, awful shameful person.  And why had we not had a family night on this?  And where is there room for him in this plan I had taught him about over and over?
I want to carry him through all of it, and knock anyone down who questions me. And I just keep taking it all on...on an unnatural personal level.  So I cry a lot.  And I feel everything.  I know they have their personal free agency...I just don't like the wrecking ball that comes at them…”

“My hope for Kayden is that I want him to be married to a man someday. I want him to find someone. I want the same thing for all of my gay friends. I want them to have the same thing that I have—a loving family. I think we all deserve the same thing…I would tell any mother or father who is finding out that they have a gay child that they have to know how much you love them. We will have less suicides if we talk openly. Love and withhold judgment. They need to know that the Savior died for all of us.”
Posted by C.J. at 4:45 PM No comments: